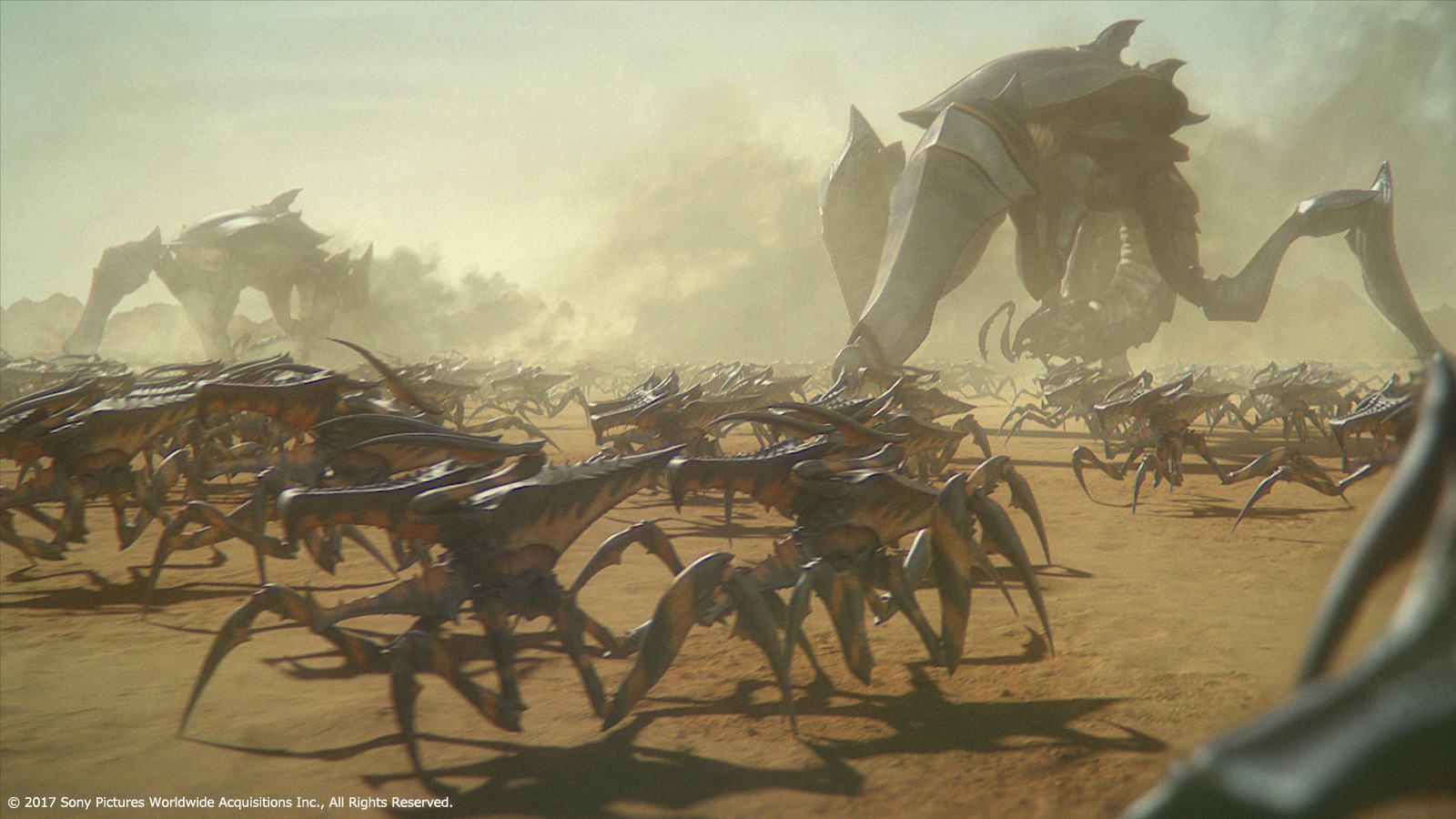 This full CG movie made by SOLA DIGITAL ARTS and directed by Shinji Aramaki, is a sequel of 2012 "Starship Troopers: Invasion" and the 5th installment of the Starship Troopers film series.

In the English version of the movie, Casper Van Dien and Dina Meyer, are still the voices of the series main characters Rico and Dizzy.

In the Japanese version, members of the idol group =LOVE (Yoyogi Animation x Sashihara Rino) took part in the project.